Bringing back meaning
The idea behind this space, according to 32-year-old Fabrice Sely, founder of the initial Cut Shop located a few yards away on the rue d’Argout, was to ‘return to the essence of hairdressing, to make it a moment of pleasure and relaxation again, rather than a chore.’ Inspired by the owner’s wife and children, Cut Shop is designed as a true recreational space where you can bring the family, with a play area so kids can enjoy themselves too. A photo booth makes it possible to take before/after pictures of your transformation that can be shared on social networks. In short, a novel, welcoming space that reflects its youthful proprietor..

A not-so-short cut
Fabrice discovered hairdressing in his native city of Lyon. Intrigued by a world that combined his fascinations for luxury and fashion, he began his training at an independent salon completely at odds with the rules governing big chain hairdressers. This experience was to reinforce his vision of hair styling as something that should be individual and human.
His curiosity and passion led him to spend 15 months in Australia, Singapore, Thailand and Hong Kong, making a living styling the hair of people he met and exploring other ways of practicing his craft. Returning to France at just 23 years old, Fabrice seized an opportunity to become co-manager of a Parisian salon. There, he honed the entrepreneurial spirit that pushed him to open his own salon three years later.

Back to fundamentals
He chose to establish his new salon in the Montorgueil neighbourhood, a ‘village’ in downtown Paris with a lively atmosphere that he liked. The business was named Cut Shop, and offered a warm, relaxed environment providing top flight services to all and sundry. ‘I was told over and over during my training never to put myself in the client’s shoes. I decided to do the opposite and create a salon where I would want to have my hair cut.’ In April 2012, Cut Shop welcomed its first clients and quickly became a fixture of the neighbourhood.
The story continues now with Cut Shop Beauty Concept, as the first location, on the rue d’Argout becomes hairdresser/barber shop dedicated to the masculine persuasion. Still in his early thirties, Fabrice is bubbling with projects, like the upcoming opening in his hometown, Lyon, of a salon specifically designed for clients of all ages. Above all, he believes, coiffure should be a joyful experience for the whole family.

Building on the success of his first salon, Fabrice Sely opened his new space devoted to hair and beauty, Cut Shop Beauty Concept, on 12 December 2017. A warm and welcoming spot just for women in the heart of the Montorgeuil quarter in Paris. At number 94, rue Montmartre, in the centrally located 2nd arrondissement of Paris, a new type of business has hung out its shingle amidst the neighbourhood’s lively restaurants and cafés. Cross the threshold of its turquoise storefront and your eye is immediately drawn to the striking plantings on the ceiling as well as an immense mural of a woman in vibrant technicolour. With a smile, you are invited to take a seat at one of the individual dressing tables with a cup of tea or coffee, where you quickly succumb to the charm of this unusual space, some 1,600 square feet in size. 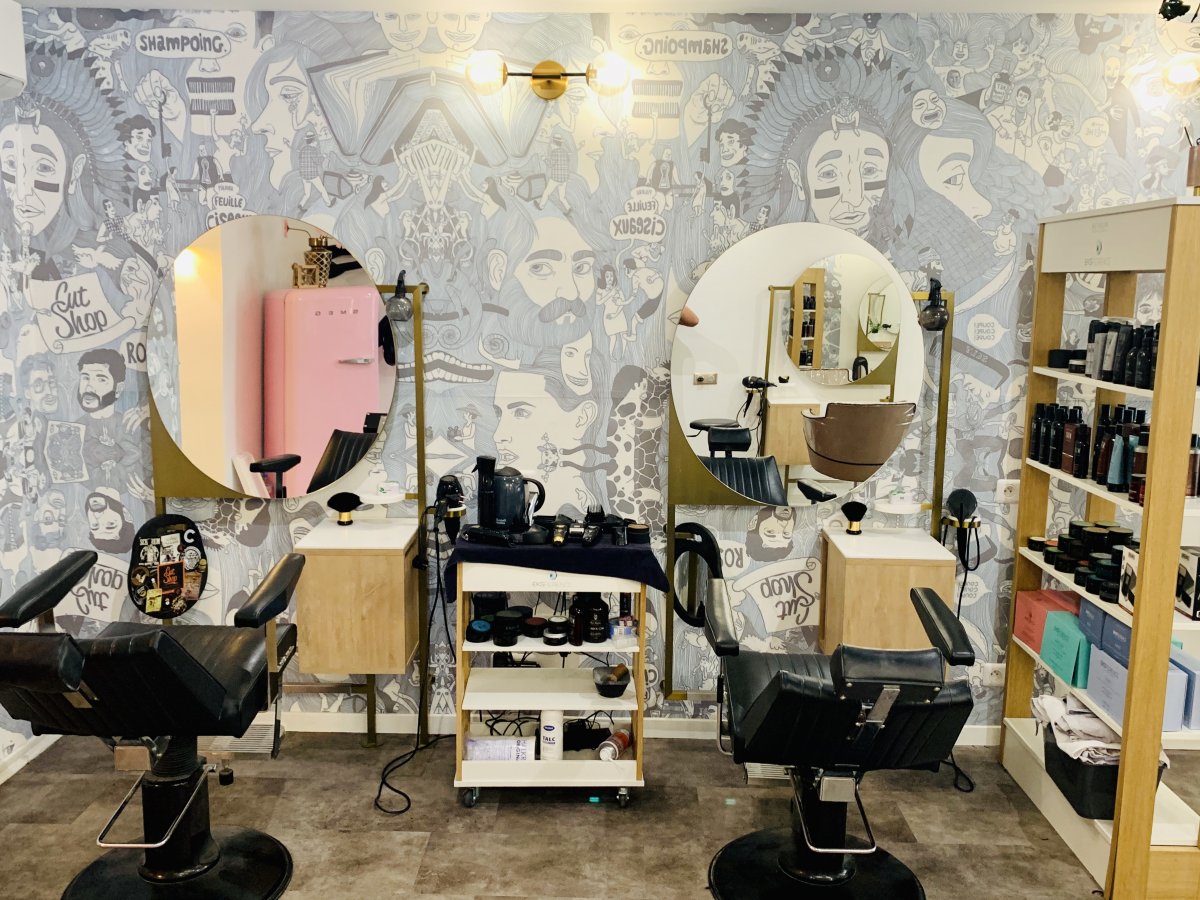 "Return to the essence of hairdressing, to make it a moment of pleasure and relaxation again, rather than a chore." 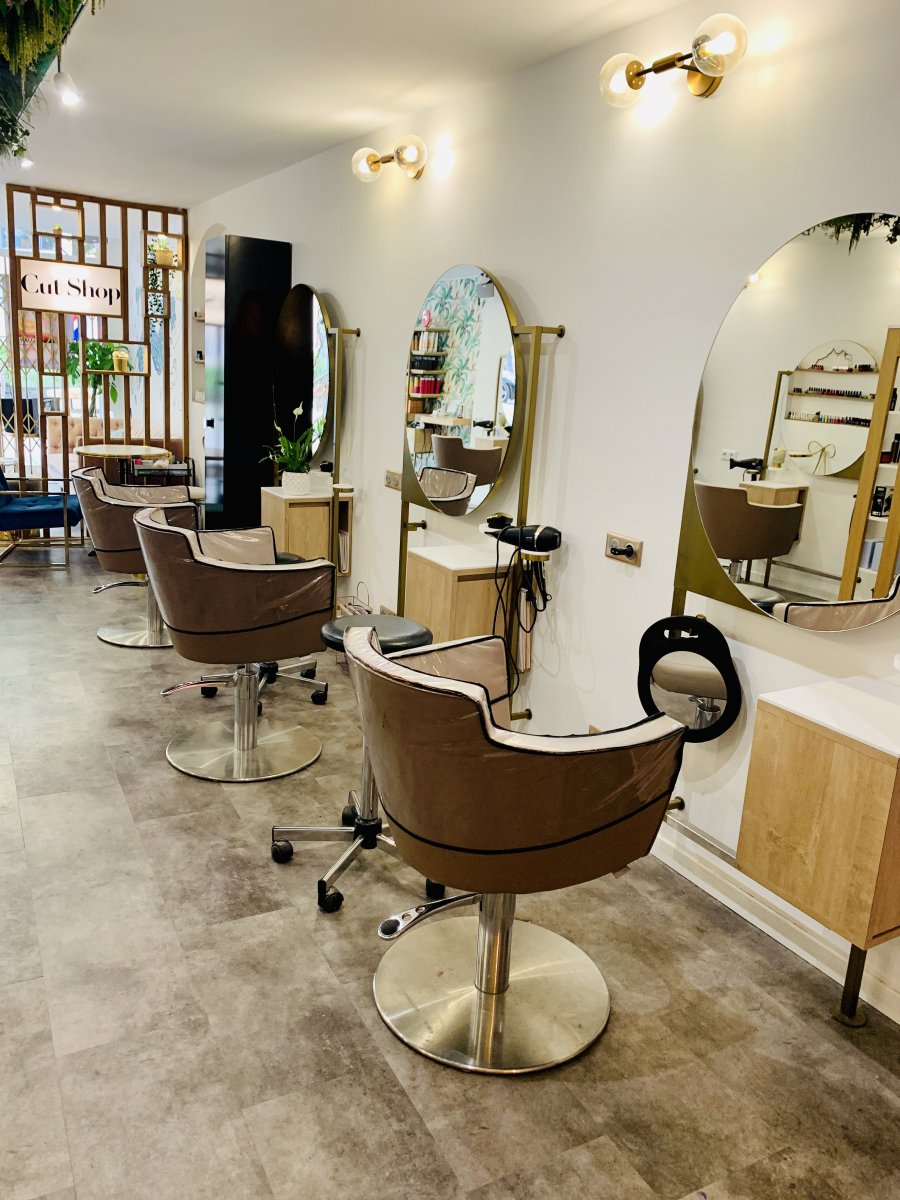 Over a dozen focused treatments from brands like Allynea, Eksperience and Olaplex are available to repair damaged hair in depth. All are eco-friendly products (no parabens, silicone, sulphates, phthalates or aldehydes here) that gently impart softness to every type of hair while respecting the environment. In addition to hair styling, the cosy salon offers a make-up bar, eyebrow shaping and manicure services for a comprehensive beauty experience.